The public's double standards over tax avoidance and tax evasion 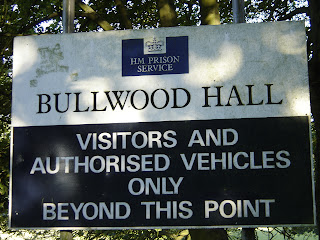 Outrage
To be in Britain in 2012 means that it is quite impossible to avoid strident headlines about wealthy and earning individuals avoiding tax by utilising schemes. The case of the comedian, Jimmy Carr, has attracted particular publicity and it has led to confusion among not only the public but also journalists as to the difference between avoidance and evasion of tax.

In case anyone here is still confused. “tax avoidance” means avoiding paying tax by perfectly legal means if often rather arcane and somewhat artificial. “Tax evasion” means failing to declare to HM Revenue & Customs income, gains or commodities or services which should be taxed according to the law. Therefore tax evasion is illegal.

I believe my position on tax avoidance is clear.  and I am aware of my own responsibilities as a provider of taxation advice.  However, may I spell it out a bit further? I do not recommend any tax avoidance scheme (a cunning plan devised by some specialist provider), and will not introduce my client to any arrangement which has any degree of artificiality. If one of my clients is approached by someone else then I will ensure she or he understands the risk and pain of close scrutiny by HMRC before making a decision.

I do not go as far as the politicians in saying that tax avoidance is morally wrong. In the case of large corporate entities, the duty of the directors is to their shareholders, and that means preserving as much of the pie as possible to feed those who have invested their money in the business and incidentally in the livelihoods of their employees. There is an awful lot of confusion and strident headlines from irresponsible or plain ignorant journalists about avoidance. Most recently I saw a large corporate which had been in the news over a tax avoidance issue being accused of further avoidance because it had made a real, not artificial loss, and therefore had no profit to tax.

I suppose in defence of journalists, many are being bombarded with material from so-called experts who may be campaigners with bees in their bonnets.

Morality
Really, in respect of money which is legally ours, the moral judgement as to its use is in our own hands. I may not respect someone who makes no contribution to society, but I will not set myself up publicly to pronounce on moral issues. I have known vastly wealthy and successful people who gave absolutely nothing to charity, and of course personally I thought they should. Many years ago I also knew a very famous person who gave a great deal of his money to charity in a very low-key way. I wish the public knew what a really good and decent person he was (and a very nice man anyway), but I don't think he would have wanted the public to know, quite apart from my being bound by confidentiality. My lips are sealed.

Of course I do help my clients to pay less tax by claiming every possible relief and arranging their affairs to pay less tax in a way “that Parliament intended”, which is a phrase becoming popular with tax judges.

Shady customers
The public is swept along by the media hysteria about avoidance and yet there is still so little about tax evasion. Tax evasion is illegal. Every time someone offers to re-felt your flat roof or re-surface your driveway with a really good discount for cash, that means they will probably not declare the income in their tax returns. Of course, being the dishonest fraudsters they are, that means that if you have a problem later, you probably won't be able to get them back to fix it.
Some of these driveway people actually don't believe in paying any tax at all and this lot robbed the Exchequer of over half a million pounds which is our money. If they don't pay their share, we honest taxpayers have to pay more. This dodgy plumber also got caught too.

Accessories to fraud?
As long as the public aids and abets fraudsters by paying them cash, everyone else loses out. It is likely that far more tax is lost to dishonest small traders than in respect of legal tax avoidance by a far smaller number of wealthy individuals.

In the end we can all do our share of ensuring that everyone pays their “fair share” of tax, and that means not parting with bank notes when a cheque or credit transfer or payment be card would normally be appropriate. Just because a few avoid tax legally is no excuse for assisting dishonest people to dodge tax, because they might as well be nicking that tenner from your back pocket.