A brief history of my time in tax 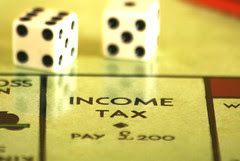 I am not going to tell you how long I have been working in tax, but suffice it to say I have a lot of experience. Things have changed so much that it seems to me that the public in general still entertains ideas about tax which are long outdated if indeed they were ever correct in the first place.

Once upon a time in the UK tax system, people did not get tax bills unless they actually sent in their income tax returns. In the distant past, there were two arms of the old Inland Revenue. One dealt with assessing tax at the standard rate (now called the basic rate) after deducting personal allowances, and the other charged the higher rates of tax which were due. This higher rate of tax was called surtax, only a small percentage of the population had income which went into the surtax bands, and the Revenue did not send out a tax bill until they had a Return; some were sent in very late for understandable reasons.

I am telling you this because strangely, some people still believe in a similar philosophy. If they delay sending in a tax return, they believe they won't have to pay the tax. That is not a good approach to modern taxation and at the very least will incur interest charges and statutory penalties as well as a wild guess by HMRC in terms of a tax demand in the absence or a return.

The biggest change to taxation in the UK in the last fifty years or so was the introduction of the Self Assessment process in the nineties. Effectively this is supposed to do what it says on the tin. The taxpayer has to work out his or her tax liability and pay it to HMRC. HMRC checks the figures using their software. Not surprisingly many taxpayers use agents such as my firm to do their tax returns for them and work out their tax positions. This huge shift of responsibility from HMRC to the taxpayer to calculate the tax due was a cost-saving measure in terms of the number of staff theoretically needed to be retained as HMRC Civil Servants. The costs saved by the Government were shifted to the taxpayer who either had to spend valuable time working out his or her tax position, or pay someone else to do it

The shifting of responsibility also shifted the burden of scrutiny, at least initially, to the taxpayer and the agent. Prior to Self Assessment, as long as there was full disclosure of the facts in a tax return, there was a tendency for taxpayers and sometimes for their agents to “try it on”.

For example, I remember a long time ago a science writer claiming in his accounts for a new and expensive pair of glasses (spectacles was the technical term) on the basis that he could not see to do his work without them. He insisted that my then firm put in for the deduction. We knew that a real person in an Inland Revenue office should look at the accounts and write us a letter saying why the expense had been disallowed, which would be on the basis that the client needed the glasses in the course of his everyday life, not just when he sat at his desk to write. As you might understand, a claim for some tax relief on a microscope would have been more in order. Actually the accounts went through unchallenged and the glasses got tax relief. This was felt to be acceptable in our office because the Revenue had not been misled but had not picked up on the deduction when they had the chance.

Now we have to do HMRC's job for them, and they are anyway far more aggressive in chasing down supposed errors and incorrect claims in the returns that they pick out for enquiry after we have done all the work for them. They will attempt to charge penalties for anything much beyond simple errors, and will certainly charge interest on tax paid late as a result of an amendment to a return.

Doing HMRC's job for them entails scrutiny of every item of expenditure and every allowance claimed. We have clients who will be very unhappy to accept our advice. As you will understand, especially in view of incidents such as the spectacles affair, many people still do not accept that the tax world has changed. We get comments along the lines of “in my old company we used to claim for our days at the races” even though this was either a benefit that never got charged to tax or was client entertainment which should have properly disallowed in the company tax computations even way back.

We have to be strict with claims for deduction of expenditure, we have to present as much information as we can about any unusual item and we have to follow strict accounting rules, which was not always the case. We have to report any uncorrected errors we pick up, and under the Money Laundering Regulations we as agents have to report any suspicions we have concerning possible dishonesty spotted in the course of our business; that of our clients (fair enough) and former clients but also other people's clients, and we must not tell the people reported that we have done so.

I have no problem reporting the dishonest of course. What is a worry is that I could be punished for not suspecting someone that a Government Agency thinks I should have.

Nowadays, we have to report any even mildly artificial scheme to avoid tax when making a tax return. We have to put up with bullying enquiries made by HMRC where they may be wrong, but the cost of going to the Tax Tribunal to appeal may be more than a client can afford in monetary terms in exceeding the extra tax which might be due. An appeal might be simply more than the client can stomach in terms of worry. HMRC is not always right. Their interpretation of the law is not always correct but they might have their way because if a taxpayer sees the leviathan coming for them that person may throw in the towel..

So, in summary, we cannot “get away” with a claim which would not stand proper scrutiny, our records must be good, and we must remember that taxpayers challenged by HMRC are guilty until proven innocent. Do not ask me to try anything on. I will make a claim for you if it has good merit and precedent because I have been round the block. I will do my best and might well know a quite legitimate relief that a taxpayer-client would not know about. Just don't tell me that you want to claim a deduction because someone at the club or on the checkout at the supermarket told you it was all right.

What are golden hellos?

Having talked about golden handshakes I ought to mention the “golden hello”, which is a payment made to a future director or employee. It is just possible (only just!)that a payment received from someone other than the new employer – a third party - could be construed as non-taxable.

Where a lump sum payment is made to a prospective new employee, it will be taxed as advance pay for future services unless it represents compensation for some right or asset given up on taking up the employment. An example going back to the 1950s was where an amateur rugby player gave up that status upon turning professional. In those days there was no turning back to amateur status and therefore to return to Rugby Union from the professional Rugby League. His payment was held not to be taxable. In modern times the case for a payment escaping tax would be hard to sustain given the general attitude of HMRC where even a perfectly arguable situation would fall in the face of the expense of defending it.

Usually a payment to a prospective employee about to join will be an emolument of his or her employment and therefore subject to tax and NIC. Effectively it is a signing-on fee similar to that offered to former England goalkeeper Peter Shilton upon his transfer from Nottingham Forest to Southampton (Shilton v Wilmshurst (64TC78) 1991). Lord Templeman explained “An emolument 'from employment' means an emolument 'from being or becoming an employee.' The authorities are consistent with this analysis and are concerned to distinguish in each case between an emolument which is derived 'from being or becoming an employee' on the one hand, and an emolument which is attributable to something else on the other hand.'”

Peter Shilton's payment was found to be taxable in full and almost always this will be the rule for payments made to employees prior to or upon their starting a new job.

What are golden handshakes?

Golden handshakes are payments to an individual upon termination of employment and may also be known as lump sum payments.

There are cases where such payments are not taxed at all, which are those post-death when an employee has died in service, and in some cases payments due to disability may qualify for exemption. Those are outside the norm.

For the most part termination payments are taxable under special rules. The first £30,000 of a leaving payment will be exempt from tax if it is an ex-gratia payment and therefore non-contractual. One may have to make the case to HMRC that the payment is not for services rendered and that there was no obligation on behalf of the employer.

Otherwise, payments in lieu of notice (PILONs- how we love these acronyms) are taxable if contractual in the sense that the employee's contract specifies that the employer will make a PILON if the employee is asked not to work notice.

If the contract does not specify this, being silent on the position where the employee is asked to leave without working notice, then the first £30,000 may qualify for the tax exemption because it then represents “damages” for breach of contract. However, if the employer habitually follows the practice of paying terminated employees in lieu of notice even though the contract does not specify this then HMRC may take the view that the first £30,000 is taxable because an employee would have the expectation and the employer probably the intention from the outset.

A true redundancy payment should qualify for the £30,000 exemption, but must be supportable as genuine on the evidence available.

If you are starting to think this whole area of leaving payments is a minefield, you would be right. If you are an employer planning on letting some of your workers go, you should get professional advice.

If you are an employee on the receiving end of both your notice and a proposed payment, you would also be wise to get professional advice before the agreement, and also in completing your Self Assessment Tax Return later. The level of taxation on any non-exempt amount might also depend on what level of income you have in the year you receive your payment, and often if you are not seeking further work you will benefit by having your termination payment at the beginning of a tax year in April or May so that it will not be aggregated with a whole year's pay.

The golden rule for golden handshakes is to seek professional advice.