HMRC's job is to collect tax and to recover it where income has not been properly declared. These days, because of the Gordon Brown's “cuts” many HMRC staff are frankly not of the standard they used to be or are actually prevented from thinking for themselves. The current standard may be simply due to lack of training rather than ability. As a consequence they seem to be doing everything by rote.

A typical example is a discovery of some undeclared bank interest. HMRC writes to my firm and to the client. We check what has happened and there is indeed some undeclared interest but the bank actually provided incorrect information to the client and to me at the time the Tax Return was prepared. We write with the correct information and explain that it was all entirely the bank's fault.

HMRC person then writes to us and asks us to explain the omission, which we already have. It is as though no one has read our letter properly. We write back referring to the previous letter and repeating the perfectly reasonable explanation.

HMRC then writes requesting payment of a penalty for carelessness in addition to the tax which is obviously due. Now, there may be technicalities which would allow HMRC to call an innocent mistake, due to a bank's failure to deliver the correct information, careless. However, in any reasonable sense no one has been careless except the bank, which gave its customer the wrong information and HMRC the correct figures.

Once upon a time a Revenue Inspector could apply his or her judgment to any issue and act with a little discretion based on common sense. Now it is a question of sending letters one, two and three quite literally by the book and no matter the circumstances.

I hope letter four will not be in the book because we have written a strong response to HMRC's last effort. Of course they have on their side that it is not always cost effective for the client to resist too much, but then again I may just be in a pro bono mood.
Posted by Jon Stow at 06:16 No comments: 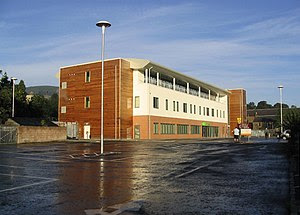 As we know, our friends at HM Revenue and Customs don't look at their post for months after it is received. This has many detrimental effects on the relationships with taxpayers, and also those who have decided to come in from the cold and pay the tax they should have been paying for several years.
If I have a new client who wishes to own up to income received which should have been declared, he or she probably doesn't have a Universal Taxpayer Reference (UTR) and the only way of applying for one is by post. At the same time one wants to send a “marker” letter to HMRC to start the process of getting the individual into the system and establish it is at their own volition in case (a long shot) HMRC get their oar in first. That would theoretically increase the penalty potential which one wants to keep to a minimum.
The trouble is that the first response from HMRC will be considerably delayed. It takes months to get a UTR. It takes an age for HMRC to respond to a marker letter after they eventually read it and then allocate it to a case officer. You might say that offenders deserve what comes to them but once someone has decided to make a clean breast of things, I think it is only fair that they can get matters settled and get their tax (and interest and penalties) paid.
Of course HMRC also wait longer for their money because of their tardiness in dealing with these matters even after we get as far as being supplied with HMRC red spot stickers to mark our correspondence as more urgent than that from the hoi polloi. It just doesn't seem right, but HMRC apparently have 15 million open cases which means issues of any sort including over- and under-payment matters that haven't been resolved. They also have more unresolved than they know about with all those confessions sitting in their pile of post.

Looking at the on-line record of one of my clients the other day I noticed that a new underpayment of tax had appeared amounting to just under £500. So what, you may say. It is well known that HMRC have been trawling through their PAYE records looking for underpayments.

This one is different. Firstly, the client has been submitting Tax Returns for very many years though not until the last few with my firm's help. Secondly, the liability shown is apparently for the year ended 5th April 2000 (yes, 1999-2000) when the client self-assessed and actually (according to this record) received a repayment, which is now indicated to have been excessive.

There is no record of the underpayment on the separate Statement of Account on-line, and of course I called HM Revenue & Customs. The person I spoke to clearly thought I was mad. Her records only went back to 2003-04 (which one might expect), and as she could not see the screen I was looking at she really did seem to think I was imagining the whole thing. “It's right here in front of me” I said. “Well, I can't see it. It's not on the Statement.” “Yes, I know, but it's on my Agent's record for the client”.

There are times when if we were Basil Fawlty we would beat our head on the desk, but having had a word with her manager the HMRC person said she would send me a copy of the statement not showing this alleged underpayment and a copy of which I have already. This action will presumably allow HMRC to record that they have dealt with the issue, but probably the screen will show this supposedly uncollected tax forever. Of course I will not keep looking at it as I have other things to do, and yes, I could claim concessional relief, but there is no point as no one in HMRC can see the record even if I can.

I could rant about the time wasted, but it has given me a chuckle and reminded me of Basil with the absurdity of it all.

Email ThisBlogThis!Share to TwitterShare to FacebookShare to Pinterest
Labels: Basil Fawlty, HM Revenue and Customs, self assessment, underpayment
Newer Posts Older Posts Home
Subscribe to: Posts (Atom)
For a consultation with Jon Stow call 01702 205066. Visit Jon Stow Consulting to learn more about how he can help you.