HMRC, the stick and the carrot 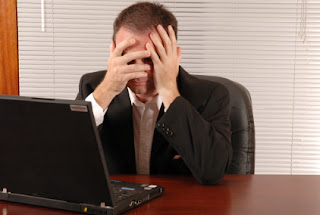 Can HMRC's aggressive stance towards individual taxpayers be counterproductive?

It is no secret, especially not on this blog, that I have been frustrated by HMRC's attitude towards those who found out at a late stage that tax had been under-recovered from their pensions etc. and they had a significant tax bill. Even though HMRC has had the power under ESC A19 to “forgive” the tax paid, in the last couple of years they have steadfastly refused claims and appeal which would have been accepted prior to 2011.

We know that HMRC is under extreme pressure to collect as much as possible. I understand that, and let me be clear, I think everyone should pay their fair share according to the law. I wrote last July:

“I would like to see all dishonest tax-dodgers caught. The so-called black economy consisting of people who offer to re-lay your drive or clean your house soffits and fascias for cash and all the other “cash-in-hand” people who knock on your door cost the country billions in lost tax.”

It is just that in some areas, HMRC, and maybe Government, have lost track of what might be fair with regard to honest taxpayers, those who out themselves from the black economy, and others whose tax affairs are in arrears and they seek to get themselves up to date.

In my own practice, there are areas of taxation I do not enjoy, do not regard as my strengths, and which I pass to others. No one can gain the experience to be strong in all areas of tax because there just isn't time, whether one is a practitioner in private practice like me, or an employee.

I have two or three favourite areas or niches of tax that I do specialise in. One of those is in helping”delinquent” taxpayers, which usually means those who have not paid tax recently, to get themselves up to date and to negotiate a decent settlement with HMRC.

Those who have been “caught” by HMRC are in worse position from the point of view of the penalty regime than those who come forward voluntarily. That is understandable, but I can still help them in agreeing their back-tax, interest and penalties and getting a settlement with HMRC.

Those making voluntary disclosures should be entitled to better treatment with lower penalties. What has worried me recently is that in one case, where the individual simply did not have the means to pay all his tax (of course his fault) HMRC preferred to make him bankrupt with a lower tax recovery than if they had agreed his offer of payment of a quite significantly greater amount over three years. HMRC preferred less jam today than the more jam they might have had tomorrow, and by making anyone bankrupt they have to join the queue with the other creditors. I thought this was pretty silly.

Another issue is the new daily penalties regime introduced by HMRC from 2010-11, and I quote them;

“Following a review of HM Revenue and Customs powers new legislation was introduced. Under Schedule 55 Finance Act 2009 the way in which HMRC applies its late filing penalties saw major changes particularly in respect of raising Daily Penalties. This change only applied to Tax returns for 2010-11 onwards with the previous legislation and guidance remaining for 2009-10 and earlier.
Where a customer has not filed a Tax return 3 months from the return due date Daily penalties will start to accrue for a period up to 90 days at a rate of £10.00 per day, the rate is fixed and can not be changed (except by legislation) and in the majority of cases this will be an automatic process. There is no longer a requirement to apply to the Tribunal to charge a Daily Penalty or for a “fixed £100 penalty” to have been charged before applying it. A Revenue Determination can be considered at any time during the period of which a Tax return remains outstanding but it is not a requirement before a Daily Penalty is applied.”

Note the irony of calling someone a customer and then in the same sentence imposing daily penalties.

My concern is that the daily penalties may be a disincentive to comply in some circumstances. Someone more itinerant “self-employed” might, if the penalty notice catches up with them, be less inclined to let HMRC know where they are. Also, not everyone who works in the UK was born here or even has strong ties to the UK. Many, in the face of threats, will melt away whence they came, or to some other jurisdiction. Of course the individual amounts of tax lost each time might be small, but in a fluid situation of cross-border working, I think the penalty regime may be a disincentive to comply, especially if the first a worker knows of her or his obligations is the penalty notice rather than the original notice to complete a tax return.

Particularly with the taxation of individuals I believe HMRC should take a more pragmatic approach to collecting tax, by which I mean adopting methods to collect more through negotiation, rather than less tax through preferring the stick over the carrot.

Of course everyone should meet their tax obligations under the law. Punishing especially those who have come clean or have just got behind with their tax affairs, at the expense of lowering the overall tax take, seems rather foolish.

I believe there is a case for removing most of the penalties imposed for late submission of Returns once they are submitted, with perhaps HMRC raising their interest rate charge for late-paid tax. I also think more common sense should be applied where an individual simply cannot meet their tax obligations. I would not want to encourage anyone to dodge their responsibilities; rather I would hope they should face up to them with more encouragement.

How do you feel about HMRC's aggressive stance? Do you believe it is counterproductive?

Email ThisBlogThis!Share to TwitterShare to FacebookShare to Pinterest
Labels: back duty, back tax, black economy, ESC A19, evasion, fair, penalty, tax return
Newer Posts Older Posts Home
Subscribe to: Posts (Atom)
For a consultation with Jon Stow call 01702 205066. Visit Jon Stow Consulting to learn more about how he can help you.