HMRC postal delays can cause hardship 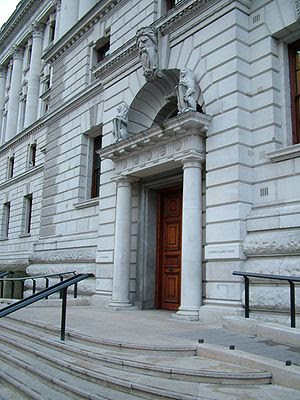 My client has a part-time job. A year or so ago her husband was out of work for a short while. They both had to go to the JobCentre to see whether they qualified for benefit. They didn't qualify. However for some reason the JobCentre told HMRC that my client might be eligible for Jobseekers's Allowance. A year later HMRC issued a Coding to restrict allowances so that my client had to pay tax on her small salary because HMRC thought she had unemployment benefit as well as being employed.
I called HMRC and told them that my client is not in receipt of benefit and never has been. HMRC's call operative told me they will not issue a Code to refund tax that has already been deducted in error until my client obtains a letter from the JobCentre confirming that she never had any benefit. Her word and mine are not good enough. “Well” I said “you take three months to look at the post”. HMRC's person admitted this was true.
This should be a simple matter to deal with. However for an individual with small earnings HMRC's bureaucratic requirement for a letter from another Government department and refusal to take the word either of someone who completes a tax return or of her agent is quite likely to cause hardship. If HMRC was anywhere near up to date with the post it wouldn’t be a problem.
This sad state of affairs is due to cuts ordered by Gordon Brown. These cuts have made HMRC very inefficient and they fail to deliver a proper service to honest taxpayers. What hope they can catch the tax evaders? They very likely take three months to open all those letters from “A Well-wisher” grassing up the dishonest tax evaders and how long would it be before they took action? Actually a long time judging by how long it has takes to get people registered in the system when they have come clean of their own volition.