Wisdom of the aged 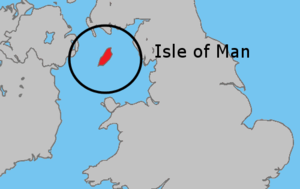 Image via WikipediaIn the week of his death there has been a lot written about Sir Norman Wisdom, who was a very funny man of his time, and in my book a lot funnier than many so-called comedians about today. There was at least no smut in his work where he essentially played the fall guy or fool. In real life of course he was no fool at all, but a shrewd cookie.

From the tax profession's angle we think of him as the man who lost the silver bullion case against the Inland Revenue. He put a lot of money into silver bullion with a view to making a fairly quick profit at a time in the Sixties when the pound Sterling was on the slippery slopes of devaluation. To cut a long story short he was found to be trading and liable to income tax on the profits of that trade. It is one of a few cases where one or very few transactions has been construed as a trade rather than an investment strategy. There is more technical commentary I could make but this is not the time or place.

A couple of the obituaries noted that Sir Norman  was  a “tax exile” in the Isle of Man. There has even been some criticism of him for having made his money and then going offshore to keep more of his income. Actually the Isle of Man is quite a nice place to go when you reach normal retirement age. Sir Norman only went when he was 65. It has a mild climate and quite low rainfall, especially when you realise it is sandwiched between a wetter Ireland and Lake District. Anyway, why should it be deemed immoral to retire to a nice place and pay a lower rate of tax as a bonus?

By the same token, is it immoral to work in a Middle East country with no income tax and at a high salary and (oh dear) not be earning it in one's country of origin , the UK, and therefore avoid being charged to tax by being non-resident? I would have thought it was a way of being responsible and making provision for family, and after all, if you are not present in a country in which you are not paying tax, you are not using the facilities that taxes are supposed to pay for?

Has it really come to this? Have politicians and commentators been brainwashed into criticising anyone who either accidentally or deliberately makes arrangements to pay less tax? Goodness me! If we use the facilities of the hotel we should expect to pay for them. Why is anyone expected to pay for the facilities they no longer use, especially if their hard-earned cash has in the past helped to build this facilities.

Artificial contrivances to avoid paying tax may or may not be morally questionable depending on your point of view. They probably are. Using tax free investment options must be OK since the Government allows for them in legislation. Using methods of reward that suffer lower taxes is no different from buying your food at Lidl instead of Waitrose or Fortnum and Mason, is it? We buy our petrol at the cheapest places and avoid motorway service areas. We have the choice. Why pay more?

Not being in the UK is a matter of lifestyle choice, surely? I wish politicians, some journalists and tax campaigners would grow up.